Matek H743 Wing Flight Controller with CAN Bus and ArduPilot

I was a bit skeptical at first, but in my opinion the H743 is indeed the best current ArduPilot flight controller which satisfies this set of criteria:

It is not perfect, but I don’t regret having bought it at all, and it will stay in my copter.

CAN bus is important to me. I’m using it since many years in my copter (see UC4H: UAVCAN for Hobbyists). So, the replacement flight controller had to have CAN bus, which in fact really narrowed down the available options, if one doesn’t want to spend lots of money. The Matek H743 Wing is one of the very few affordable options if CAN bus is desired.

In the meantime also the Matek H743 Slim and Matek H743 Mini boards have become available, which are based on the same electrical design and scheme. They may have their place, I’m sure, but I don’t see any benefit they would offer for copter applications. So, the Matek H743 Wing remains to be the right choice for me. I got me a Matek H743 Slim however – as development platform.

My impressions on the Matek H743 Wing:

CAN bus is not a new technology, and it is and has been used also in the drone world since long. I also use it since several years in my ArduPilot-driven copter, but I guess it’s fair to say that CAN bus is still somewhat „new“ in the ArduPilot world. So, I’ve made this video discussing the pro and cons of CAN bus for our hobby, and also giving some relevant technical details.

It is useful to know the power scheme used by the Matek H743 Wing. So, I produced this:

As said before, I really like the Matek H743 Wing, but – at least for copter applications – it has IMHO some disadvantages, as I discussed in the above video. So I designed a cape, which replaces the top BEC board, which I am not using anyhow, and which solves these points for me:

With the cape it is now much more compact and compatible. So, I like it LOL. 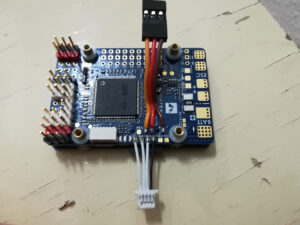 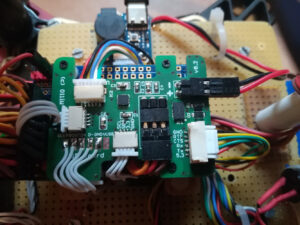 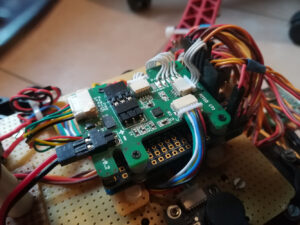