Wifibroadcast is an interesting DIY approach for HD video transmission via the wifi bands. Introduced by befinitiv it has become the backbone of several projects like EZ-WiFiBroadcast, Open.HD and DroneBridge.

A key element are wifi cards, and there is already really much info about which types and brands can be used in the web (here, here, also searching for Kali Linux yields many interesting pages, e.g. here). However, for the 5 GHz band the described/recommended selection of cards is quite small, and quite expensive. I here collect information on the cards which I use.

They are based on the Realtek RTL8812AU chip. This chip can support two antennas, and the crucial thing here is that it does not just do diversity in the common sense of switching to the antenna with the best reception, but in fact does MIMO (see here, or here). There is also a variant of the chip which does 4 antennas, the RTL8814AU. It could be an interesting choice for the ground station.

One may wonder if it would be better to use two single-antenna wifi cards and the basic diversity switchover implemented in e.g. OpenHD or DroneBridge or use one dual-antenna MIMO wifi card. I came to the conclusion that the latter is better, because of MIMO (of course, only if the card indeed provides two equal wifi antenna channels). 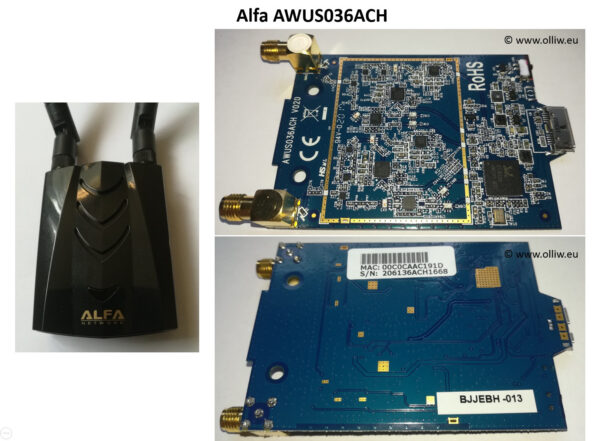 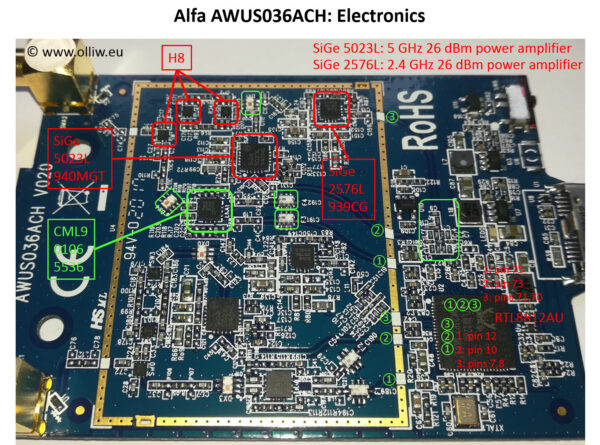 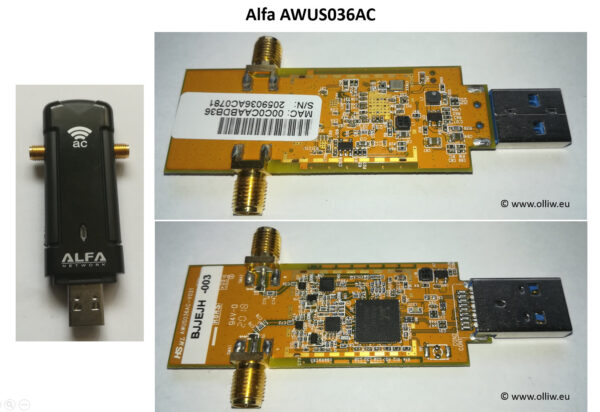 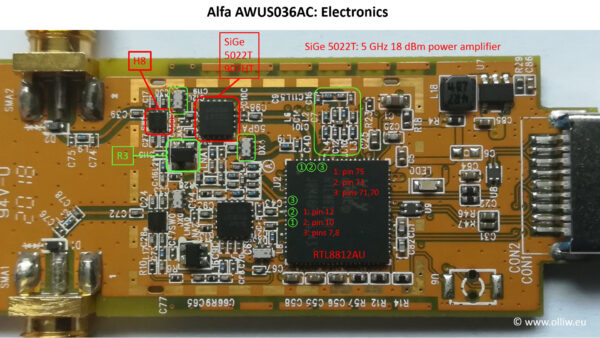